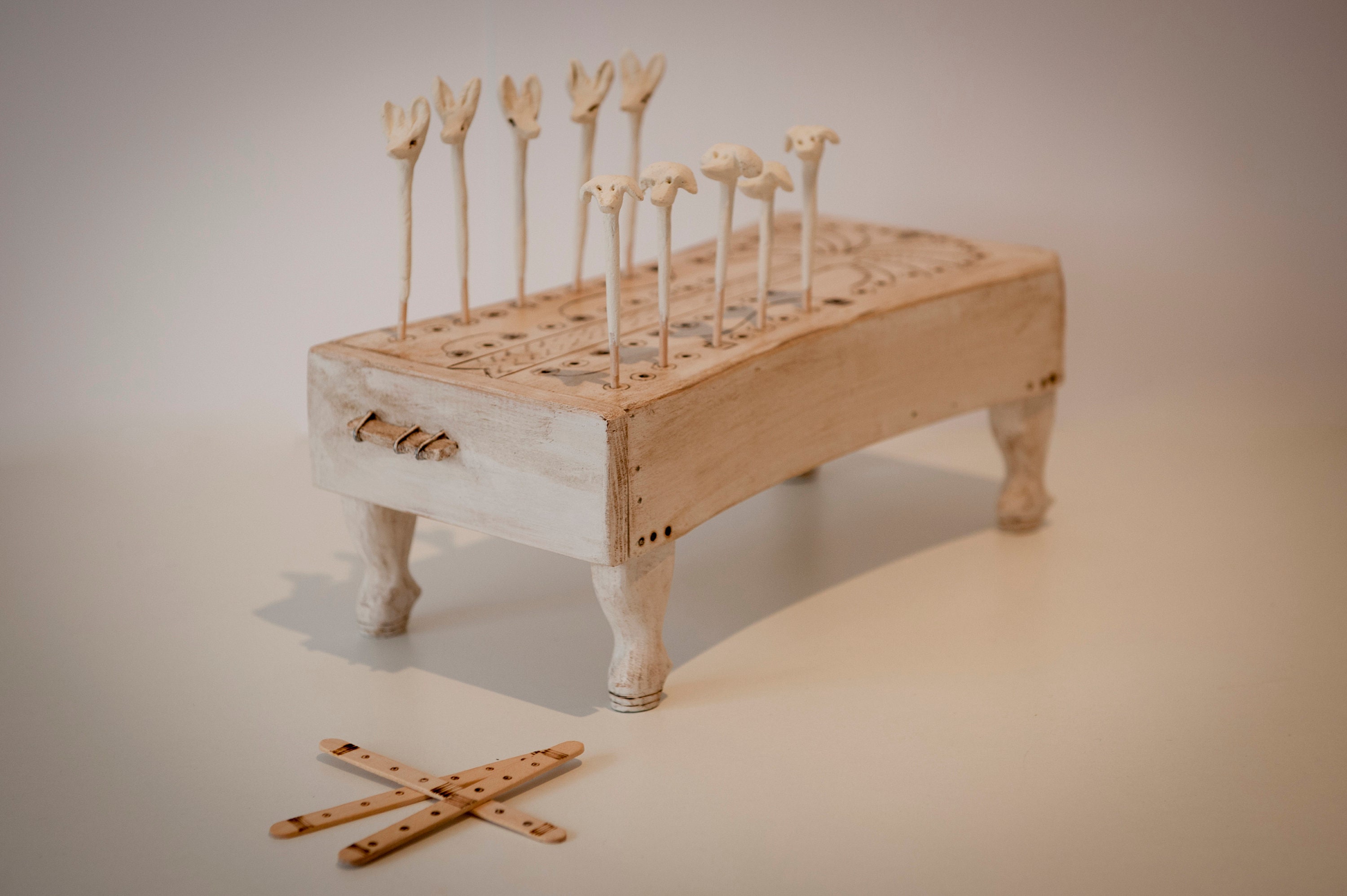 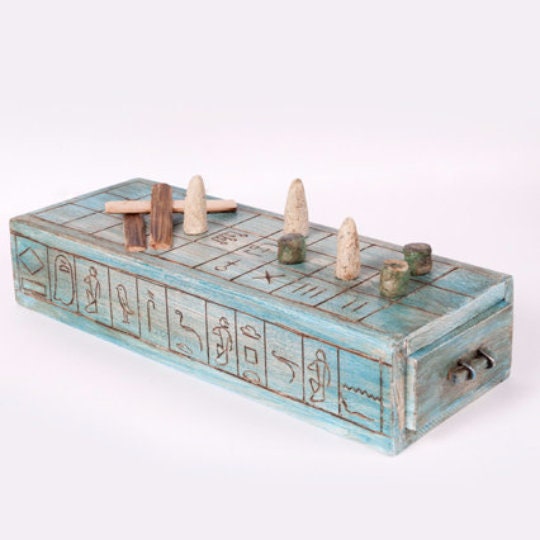 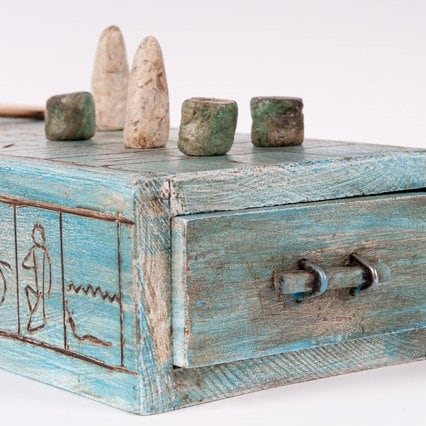 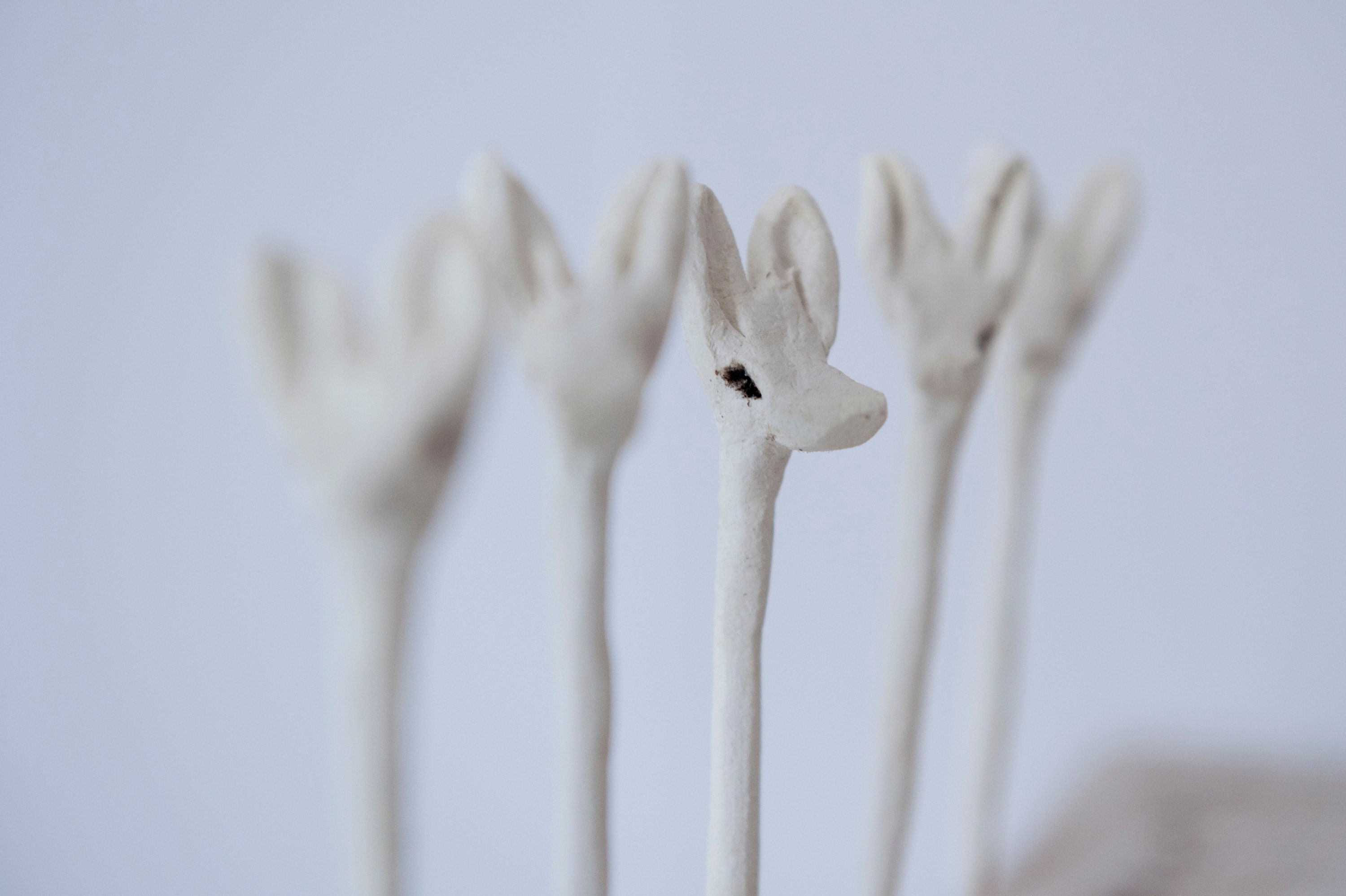 Ten carved ivory pegs, with heads resembling five hounds and five jackals, were excavated from a tomb at Thebes by Howard Carter in the 1900’s. The original ivory board with its game pieces was discovered as a complete set. The rectangular playing surface, with rounded top, measured six inches long and three inches wide. The animal headed pegs were contained in a drawer underneath; locked by an ivory bolt. Dating back to around 2000BC, the game was a splendid find, and now rests in the Metropolitan Museum of New York.

The tracks contains a few spaces which are specially marked. Lines are drawn, connecting two holes, which seem to enable players to move several spaces forward if landed upon. Perhaps backwards even. No one knows for sure how the game was exactly played. However, ways for the game to be played today have been constructed based from experimentation and study.
Senet 30x11x6 cm
The Senet, invented in ancient Egypt, is one of the oldest games known. This board game made ​​of wood by hand is inspired by the Senet of Amenhotep III (fourteenth century BC) which is now on permanent display at the Brooklyn Museum in New York. A more modern reference to the game Senet is in the American show Lost where, in the sixth season, Jacob character plays a game with a Senet board located on the beach.

The game of Senet was very popular in all the social statements in Ancient Egypt. Several board games or references to Senet were found in royal tombs such as Tutankamon's tomb, Nefertari's or Amenothep's.

Even though Hounds and Jackals and Senet are ancient games, playing and exploring the game is still enjoyable today.

Beautiful, high quality replica of original artifact board games. Very impressed. There was one small issue with the shipping where it was on hold for customs charges for a couple of weeks and I was not aware of it. Seller could have let me know earlier or not sure why DHL didn't contact me directly. Anyway, still giving 5 stars because of the quality of the product and since I wasn't in a particular rush for it.